ares v126 brings even more improvements to the NES/Famicom emulation by adding support for many more rom mappers. Compatibility for MSX1/MSX2 has also improved as a result of adding heuristics for better mapper detection.

An issue that prevented Windows users from mapping inputs in v125.1 has also been fixed.

24 Nov 2021
You know what time it is? It’s time for MAME 0.238, our November release! After many years of waiting, the rare space shooter Monster Zero from Nihon Game is now playable. Despite the title, this game does not feature a three-headed space dragon. This release adds support for Fowling and Monkey Goalkeeper, two more Elektronika hand-held games built around the Egg/Mickey Mouse Game & Watch program.
There are a few changes to MAME’s UI and the debugger this month. Firstly, MAME is now less eager to reset your input configuration if you run it without connecting a game controller. Analog inputs support a few more configuration options, and we’ve added some (long overdue) documentation for the input configuration process. The timecode logging feature (used by people making gameplay videos) has been moved to a plugin, and...
Continue…
MAME 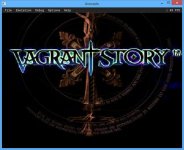 Raine v0.91.21 is released. RAINE is an Emulator for Arcade games. Raine is a M68000 and M68020 arcade game emulator. Raine emulates some M68000 and M68020 arcade games and is mainly focused on Taito and Jaleco games hardware. It started as an experiment with the Rainbow Islands romset, dumped by Aracorn/Romlist. Raine can emulate many nice games now, and new games (previously unemulated) are appearing weekly.

The biggest one is about the 32 bits asm functions which suddenly started to crash in windows. I didn't know because I test in linux and wine doesn't care about the memory regions protections ! What probably happened is that this new protection came with the update of gcc, like what happened in linux. The difference is there is no /proc in windows, making things more messy. If someone knows how to get the base address of the region containing a given function, tell me ! For now I just used some rough...
Click to expand...

ares v125.1 is an emergency point release to fix a major performance issue that has exclusively impacted Windows users. If you're a Windows users, you probably want to update.
Additionally, it fixes some minor crash issues, implements the GTROM mapper (used by some NES homebrew) and fixes an issue where some roms could not be loaded from a .zip file, these changes would usually have waited until v126, but since they have already been completed, it didn't make sense to hold them back.
Click to expand...

PCSX-Redux is yet another fork of the PCSX Emulator. Project goals are following: bring the code to more up to date standards, create a monolithic codebase instead plugin system, readability and portability, improved rendering and debugging experience. 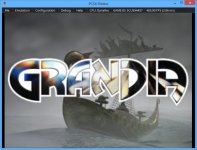 RPCS3 is a multi-platform open-source Sony PlayStation 3 emulator and debugger for Windows, Linux and BSD. The purpose of the project is to completely and accurately emulate PlayStation 3 in its entirety with the power of open-source community and reverse engineering. 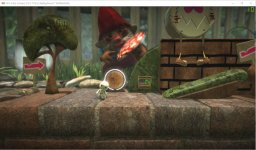 DuckStation is an simulator/emulator of the Sony PlayStation(TM) console, focusing on playability, speed, and long-term maintainability. The goal is to be as accurate as possible while maintaining performance suitable for low-end devices. 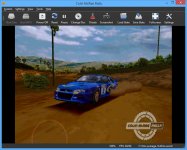