Here's what's been happening over the past month-

GlideN64 is now fixed and the deku race and pirate fortress areas can be retextured without mapping problems. Gonetz also plans to add a Dolphin style texture loading option so that only the textures needed are loaded (as opposed to loading everything at startup).

Gamemasterplc has fixed his widescreen patch and there's now a 16:9 option that's basically bug free. His old patch broke the motion blur effect in addition to a dozen other things, but after a few members of my Discord tested the latest version it seems to work without any major problems. As you can see, it moves the HUD to the edges of the screen and improves a few other things here and there. The current version is mainly missing the bomber's notebook fixes:

You can download a beta version here: https://drive.google.com/open?id=1kZr4JGWofKPdsL_qz4nAggyOjcyAh_C f
And then use this online utility to patch your game (obviously, don't overwrite your original): https://hack64.net/tools/patcher.php


I've also redone all of the item and mask textures to more closely match the originals. Anything that wasn't an official render has been redrawn, which means every bottle has been redone from scratch, and the lighting is now more consistent with the original textures. I also expect to finish the temple before the end of the month and I've got a gallery of early comparison shots here: https://photos.app.goo.gl/EaTkMrgT4fx91Bqj9

The last thing I want to mention, which is insane, is that the author of MXAO has moved on to create a full ray tracing shader that operates off of the same information that MXAO did. That means that if you use GlideN64 2.0, or if the newer versions ever get depth effects fixed, you can play Majora's Mask with ray tracing once the shader is finished. Digital Foundry has been showing it off a lot and you can see a good example of it here (skip to 26:45):
Last edited: May 20, 2019
OP
N

The video compression doesn't show the new textures very clearly, so here are some screenshots to go with the video. The first two shots show the difference the new path tracing shader makes (even partially broken the improvement is still easy to see: 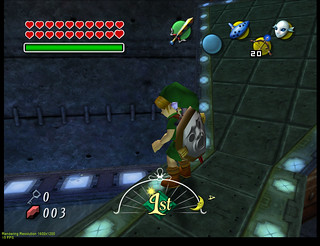 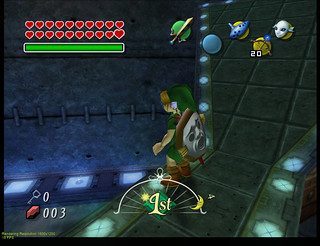 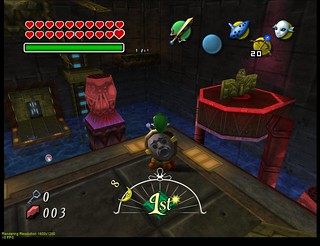 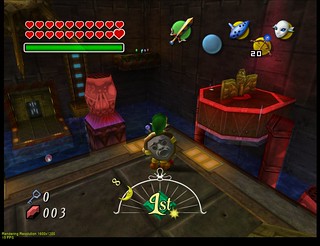 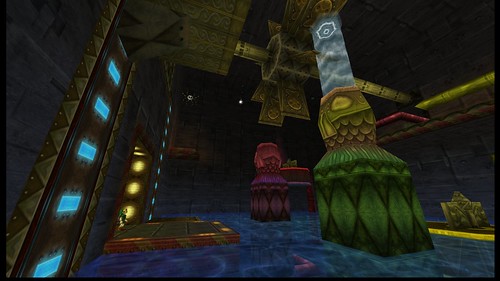 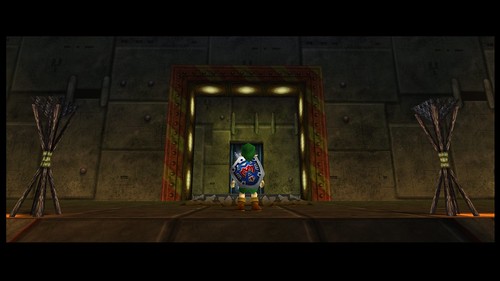 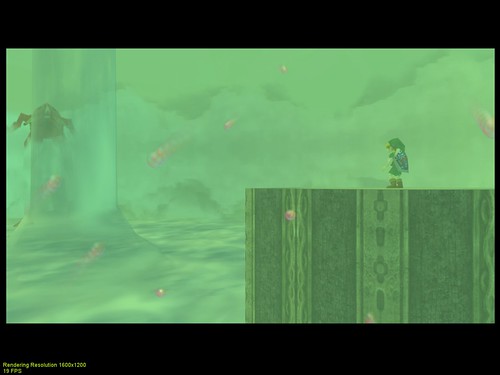 Gyrog was a headache to deal with since his mappings made little sense. I tried a texture based on the concept art and in spite of being seamless it tiles with seams: 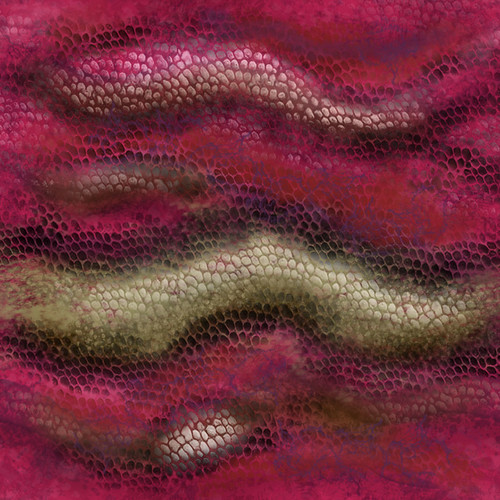 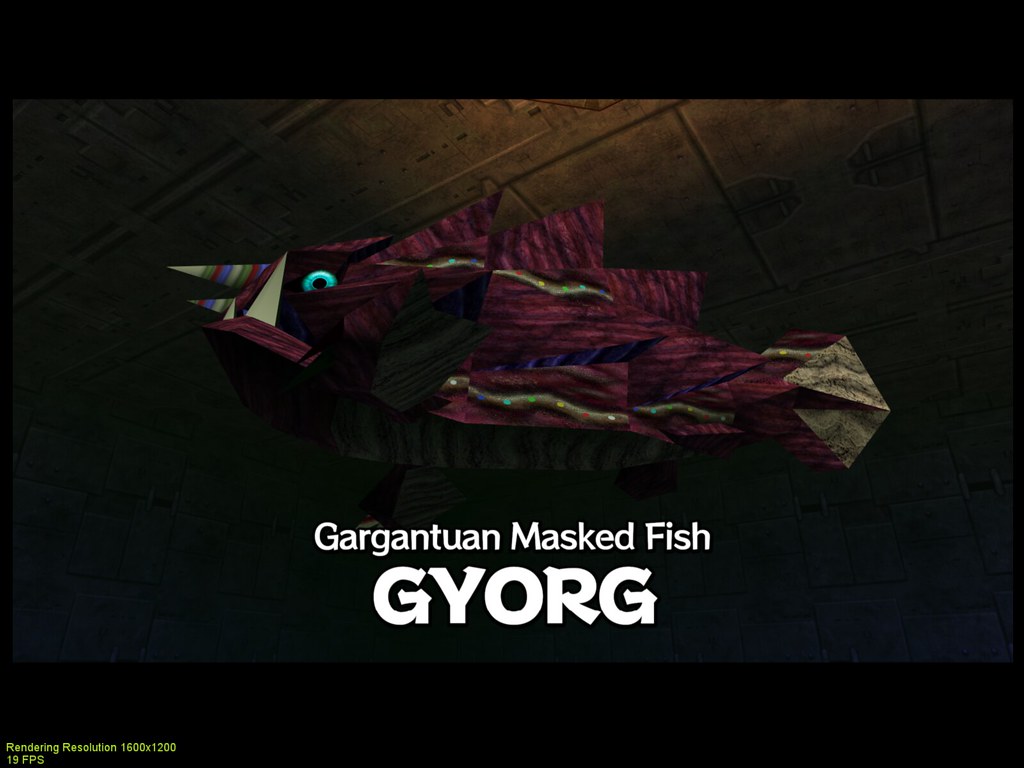 One of his fins is also upside down for some reason: 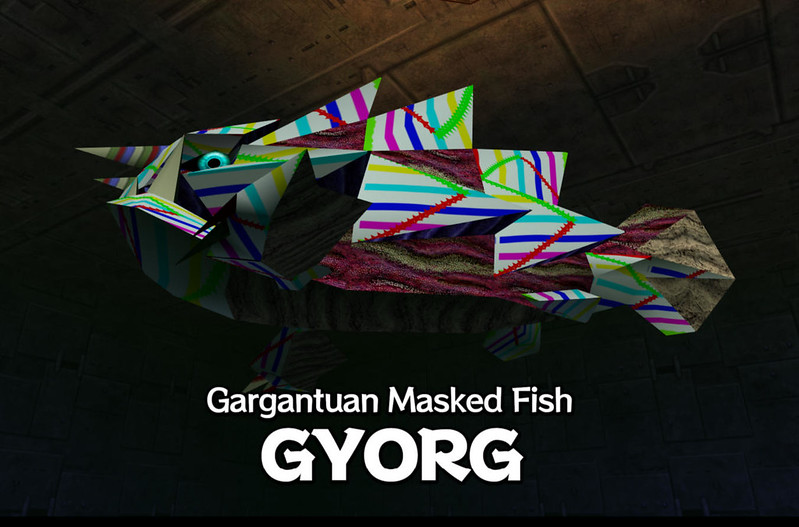 The end result isn't ideal, but it looks better than it did when I started: 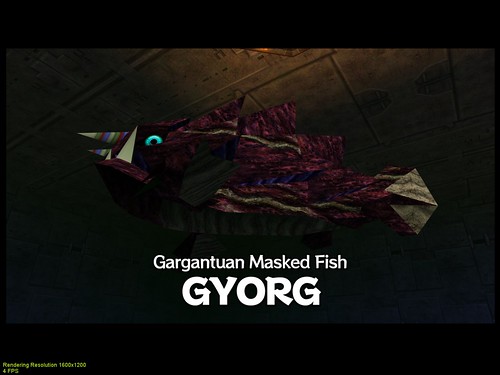 I'm going to be ever-so-slightly disappointed when you finally finish this project because it means there will be nothing more to look forward to.

The links have been updated to include the temple textures and I also added in Odolwa's textures: 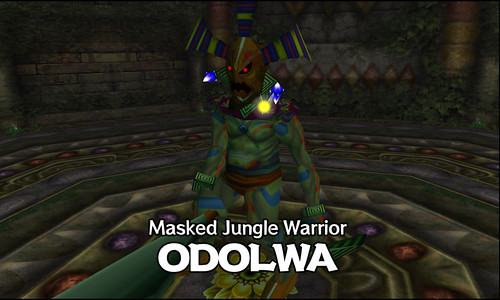 Moderator
Wow Nerrel, keep up the great work. Hugely impressed with how much effort you have been putting into this project and how well it is all turning out!
OP
N

Here's a small update on the Ikana area. The HD photos are also using the path tracing shader, which is fixed now and works as it should. I'm using a really old build at this point, I'll update next month when the shader drops to $5 instead of $20: 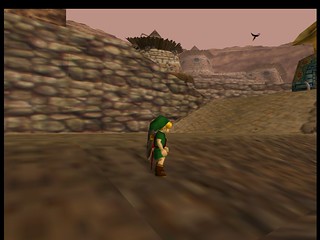 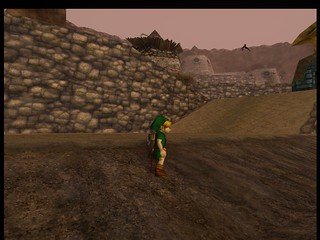 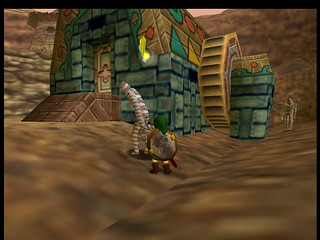 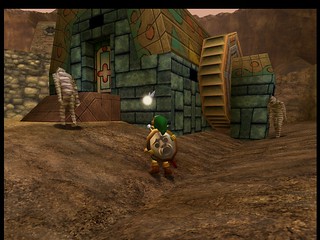 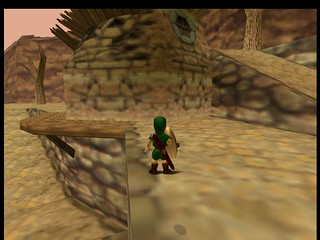 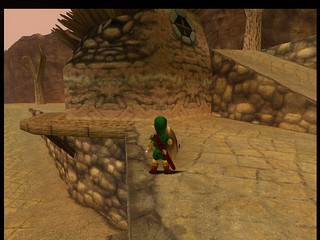 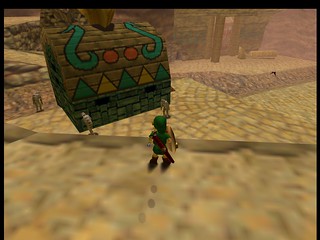 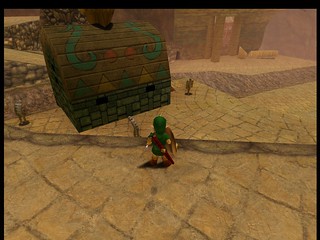 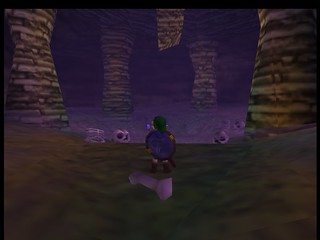 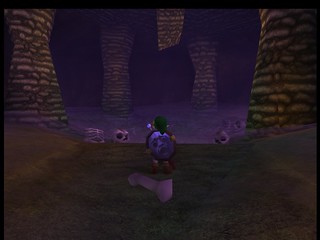 You can see some of it in motion in the texture tutorial video I uploaded a few days ago, which shows the entire drawing process for the brick wall and brick road textures. I don't want to directly link it here because it is monetized and that might violate the rules, but it's there on my channel if anyone wants to see how the textures were drawn: https://www.youtube.com/nerrel
Last edited: Jul 30, 2019
L

I stand by what I said waaay back. I just haven't had the time to play this game as much, however, it is still the best N64 Remastered Game up to date. Anyone who disagrees has no taste or understanding on the amount of work you have put in into this game.
R

Hi Nerreal. Firstly, congratulations for the job, you have make a fantastic pack for MM. Im interested on creating hi res textures based on the original for some game BUT dont know how to do it. Something like this: http://www.emutalk.net/threads/55857-The-most-faithful-SM64-retexture-(probably) or the textures you showed on your second post.

Could you explain how to increase the detail based on the originals textures? Or give a link of how-to-do. I think it would be very useful for everyone who wants to retexture a game.

Thanks a lot.
OP
N

Raresoft said:
Could you explain how to increase the detail based on the originals textures? Or give a link of how-to-do. I think it would be very useful for everyone who wants to retexture a game.
Click to expand...

That's exactly what I linked to above, check the tutorial video (newest upload on the channel): https://www.youtube.com/nerrel
Y

It appears that texture packs are now supported for Citra! Someone's already done an AI upscale for MM3D, here's the video if anyone is interested:

Unfortunately it won't look great unless the textures are re-drawn by hand but I thought it's something worth mentioning... Given that the models are a lot higher quality than the N64 version it can visually be the definitive version of the game, however a lot of design issues still persist with that version (though there's always hope for mods to fix these issues, as some already have been).
OP
N

YDG said:
Given that the models are a lot higher quality than the N64 version it can visually be the definitive version of the game, however a lot of design issues still persist with that version (though there's always hope for mods to fix these issues, as some already have been).
Click to expand...

All of the major issues with MM3D have been fixed now, even the song of time saving and the Odolwa and Twinmold fights. The mod author is patching up a few bugs but otherwise is basically done with the game: https://github.com/leoetlino/project-restoration

I've done a few textures for it and I'll be adapting the texture pack over once the 64 version is done. A lot of things will have to be redrawn from scratch or heavily reworked to fit in, but about 50% of the textures seem like they can be ported without much trouble. Some people on Discord have already ported some things over, like the shield texture (the sky is a new texture from scratch): 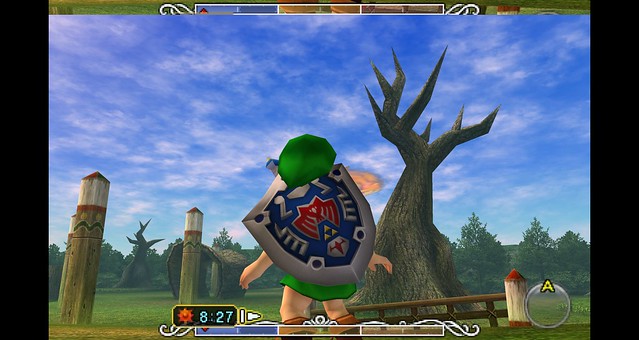 Citra unfortunately can't run ReShade with depth effects due to the way its depth buffer works, but GlideN64 is now fully compatible with it if you download the latest WIP build and turn on "copy depth to main buffer" in the framebuffer tab. You also need this special version of ReShade for the time being.

Wow I had no idea that mod has already come so far! Will definitely try it out over as soon as I get the chance.
Happy to hear that so many of the textures you've made can just be slotted in, would love to see a complete texture pack for MM3D but the current 64 one is looking like more than I could ever ask for anyway.

Thanks for the ReShade info... that glossy clock town is just magical.

Great to see new updates. I wanted to try how Reshade is working now and it seems to be working better than before. However, I'm having a issue where the textures load in the start up and I get the messages of textures being loaded but the textures are not applied in game. I am using the PNG version.
OP
N

GlideN64 has a problem where the sky textures change depending on the hour. They'll load at certain hours of the day, and then as soon as the clock hits the next hour the sky suddenly shifts to a differently named set of textures. That shouldn't be happening, as the game obviously uses the same skybox throughout the day.

I could fix it by adding a duplicate skybox, but that would be a pretty big size increase and it wouldn't be easy to piece together and rename every individual texture. I'm waiting to see if Gonetz can fix it first, if not then I'll have to create the duplicates.


Knight45 said:
I'm having a issue where the textures load in the start up and I get the messages of textures being loaded but the textures are not applied in game. I am using the PNG version.
Click to expand...

Is the PNG folder 2GB in size? If you created your own HTC cache try deleting it
K

"Is the PNG folder 2GB in size? If you created your own HTC cache try deleting it"
Yes it is 2GB. I have not created a HTC cache. I started with a clean install of Project 64. Was texture loading changed? Previously I was able to put a folder with the game's name and add textures with the proper name as the original texture's name and it will load.
Last edited: Sep 11, 2019
OP
N

I reuploaded the PNG pack and a few people on Discord confirmed that it works, so try downloading again.

I'll try to get some more comparison pictures up once a few more areas get finished. The well basically has four textures and the castle grounds are nearly done as well.
K

The textures still don't load, it must be an issue with Project 64. What version of Project 64 do you use? The latest ones seem to not work for texture packs.
OP
N

You're going to have to use the HTS version. The Ikana textures I've been adding have apparently spiked the memory use over 5GB, which means you either have to use the new dynamic loading option or use Mupen64. It shouldn't have anything to do with Project64, unless you've been using the stable release (2GB only) and not one of the new nightly builds (which can at least load 4GB).