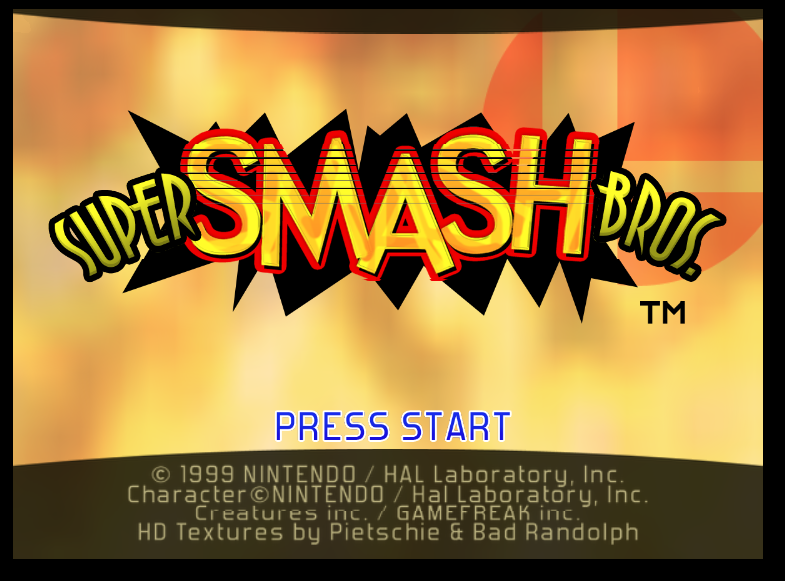 I'm currently running Rice 6.1.4. As far as I can tell this is the latest official version. However, in some research yesterday I think there are some later fan-made versions? I didn't experiment with them but saw mentions of them in posts. All the emutalk guides say to use 6.1.4 so I stuck with their advice
M

There is an option (I think a hack) in rice video config that lest you view those textures well. It was probably on when the author made the textures so they dont fit without it. The pokemons problem should be gone.

mendus said:
There is an option (I think a hack) in rice video config that lest you view those textures well. It was probably on when the author made the textures so they dont fit without it. The pokemons problem should be gone.
Click to expand...

Post #415396 talks about his settings but the links are dead. Could someone with a working title screen take screenshots of their Rice plugin configuration?

Its one of the tickboxes enabled in game configuration settings that you need. Just do trial and error, or read descriptions till you guess it.
F

It should be Full TMEM Emulation, in the Texture tab, it changes the calculation of texture CRCs.

The equivalent option in Glide64 is Alternative CRC Calculation.

Fanatic 64 said:
It should be Full TMEM Emulation, in the Texture tab, it changes the calculation of texture CRCs.

The equivalent option in Glide64 is Alternative CRC Calculation.
Click to expand...

Hmm....not seeing that as an option. I'm running Glide64_Final so I should have the latest graphical plugins included 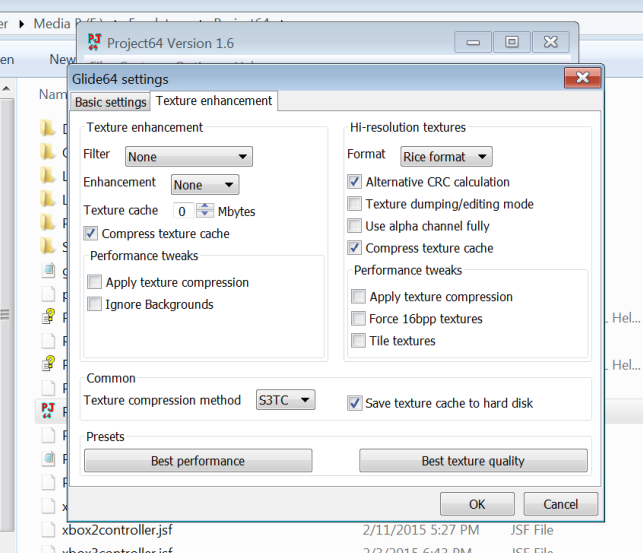 I could never get anything to work properly besides GLide64Final. Rice and all other iterations of it either crashed, wouldn't load all textures, or only worked once. Here's what I found using Glide - For characters - Pikachu has double cheeks, mario has too many M's on his cap, plus the yellow outfit of his says W instead of M.
These pokeball pokemon items -
Blastoise's first image when he appears before he starts shooting water and onix's second image when he goes up in the sky, then all of the images for the following: Hitmonlee, goldeen, snorlax, meowth, and possibly chancey, then the pokemon that come out of the saffron city stage, porygon, venusaur, and charmander, all glitched.

The star item has too many eyes.

Dreamland stage near the flowers in front are not level or something, you can see a jagged white line, plus the wrong path that you can fight on on the bottom left to right isn't correct. The water doesn't look too great either. On yoshi island the left bottom platform has a gap.

I think that's about it.

If anyone could help me get this pack totally working that'd be great. I've pretty much tried everything there is to try. Different versions of PJ64 (1.6 and 2.3) and multiple plugins.
R

I compressed a folder of my emulator back in 2008 with all settings adjusted so it would work perfectly. On my current system the emulation doesn't make the same results sadly. For me 1964 always worked better than PJ64 and Rice Video as plugin made the best texture alignments. I remember the biggest issue was not having texture caching with some of the video plugins. Maps like Planet Zebes use swapping textures with alpha channels on the fly and it would kill the framerate with any plugin that doesn't use cache. There is a Rice Video community version which does have texture caching though.

I also made myself a note that Direct X June 2010 and Microsoft Visual C++ 2008 SP1 are necessary for the best results.

If you are open to any friendly suggestions, I made some adjustments to the character select screen. The files needed are available here. Feel free to incorporate them into the master download if you like.
https://drive.google.com/file/d/1W4lHOB-PcdGVovYhU4ePdVQzCyNebPkU/view?usp=sharing

Also, if anyone happens to be using the following build - I also adjusted the title screen graphics so that they are compatible with Project 64 version 1.6 and "Glide64 'Final' Date: May 8 2012." I was not able to obtain a working result from the latest version of Project 64.
https://drive.google.com/file/d/1YXCt_QEx6Cylbf8ma4i9ZreYZRUw21Yt/view?usp=sharing