Intro:
Hi all,
So a few years ago, right before completion, user Loulof Loulovski stopped working on his exceptional BK texture pack. At the time I commented on one of his videos if he wouldn't mind me finishing it if I could. He replied yes, and said that he also had some WIP Summer textures for CCW. I inboxed him my details and promptly forgot about it.

Skip forward a few years and I was messing around with emulators again and I remembered about finishing the texture pack.
After going through the labyrinth to access my YT inbox and see if he ever replied, it appears he didn't, and he's deleted all his videos since then.

But, with full credit to him, since the game is so close to done I'm taking it on myself to finish it.
Thankfully the last level is CCW so I can re-use a lot of textures but with some small colour/detail changes.
I'm going to update this thread and keep every outdated post behind spoilers so people can go through it all and this can serve as like a progress diary.

Well, clearly, it's been a while. Not gonna do some flowery speech that'll take more effort than the actual work equivocating, it's just been a hell of a year and a bit and I'm finally somewhere secure with a functional.... tablet-ish thing, so I can keep working at this stuff.

Winter and Autumn are done, and let me tell you, spending hours making sure your vine tiles match properly when you cover them(the vines) in snow is great when you realise that you can't see the snow in-game because they're covered in piles of other snow and the other vine tiles that aren't are also the ones that wind up underwater in some places so all your painstakingly placed snow looks dumb and is redundant.

ANYWAY
I am aware that there's a texture on the tree in Winter that looks incongruous with its lack of snow, not much can be done about that until I'm finished with all this texture business, and will supplement the final pack with a modded ROM made in Banjo's Backpack. Nothing too extravagant, just a few extra items added to levels to help cover some janky spots.

Now, I think the current AAA gaming space has soured us all on the concept of roadmaps, but I'm looking to do some work daily, even if its one or two textures, so I'm in the habit in case things go south, life-wise, and I can keep putting out updates. With that in mind, my current roadmap looks like this:

So, hopefully I can get this done in a timely fashion. Thanks for the support, and especially thanks to Filipianosol, for converting the NTSC text files.


INSTALLATION:
Unfortunately, unless you speak French and want to place some things in the CCW file order manually, you now have to delete (OBVIOUSLY AFTER BACKING UP, JESUS) your banjo-kazooie/27-12-12/Click Clock Wood folder, and replacing it with the one provided. The "Personages"(characters) folder will work fine, so simply copy and paste that one, overwriting when prompted. 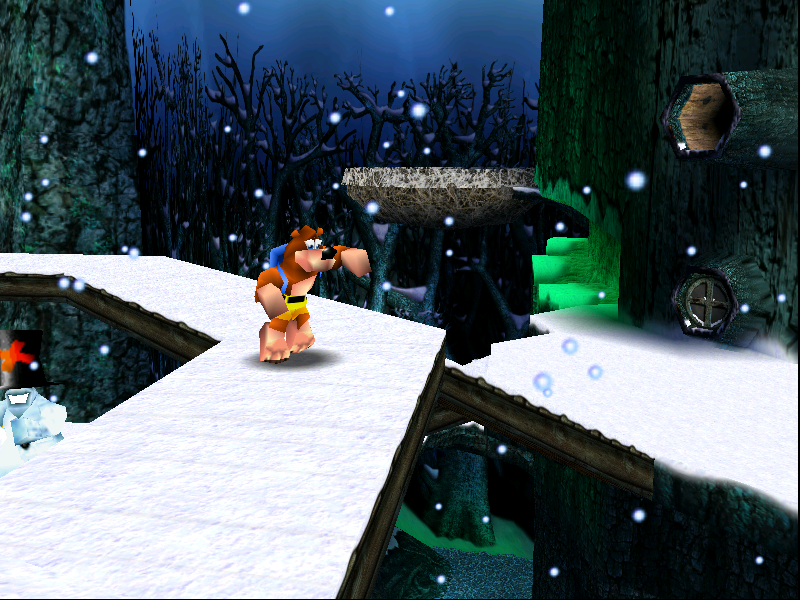 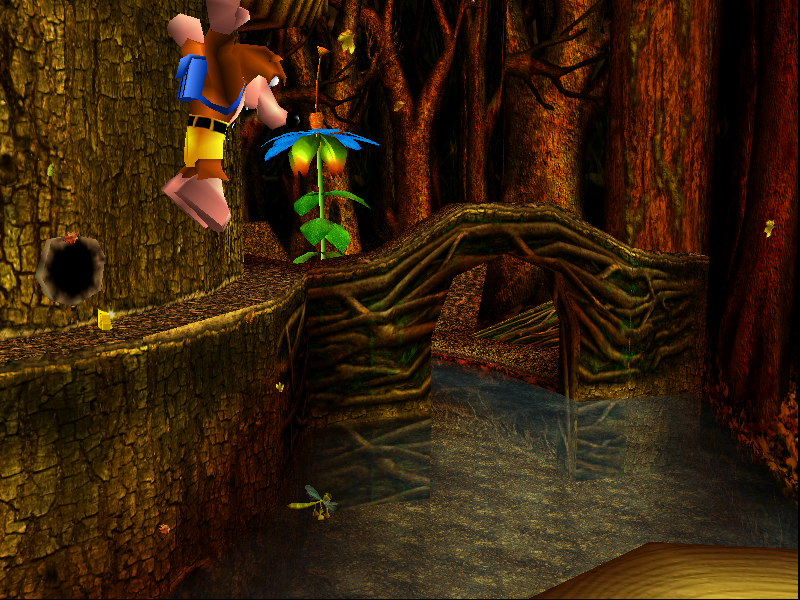 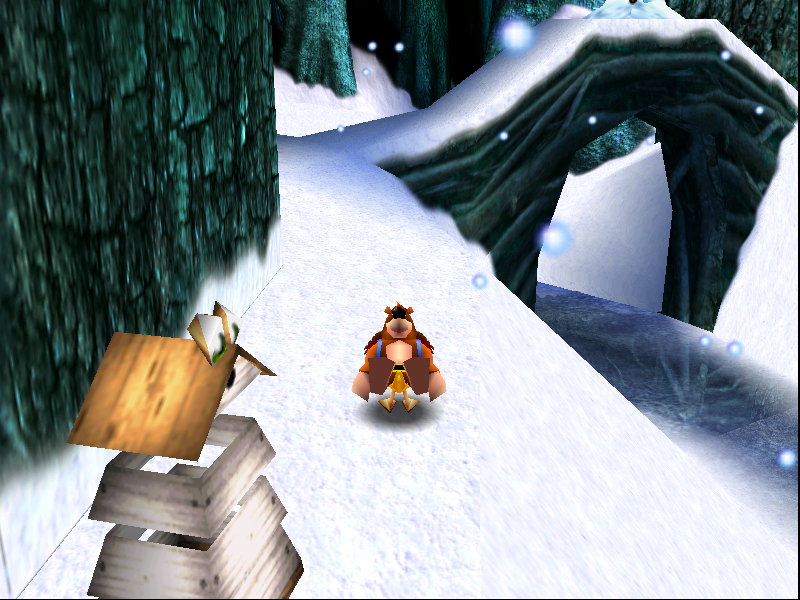 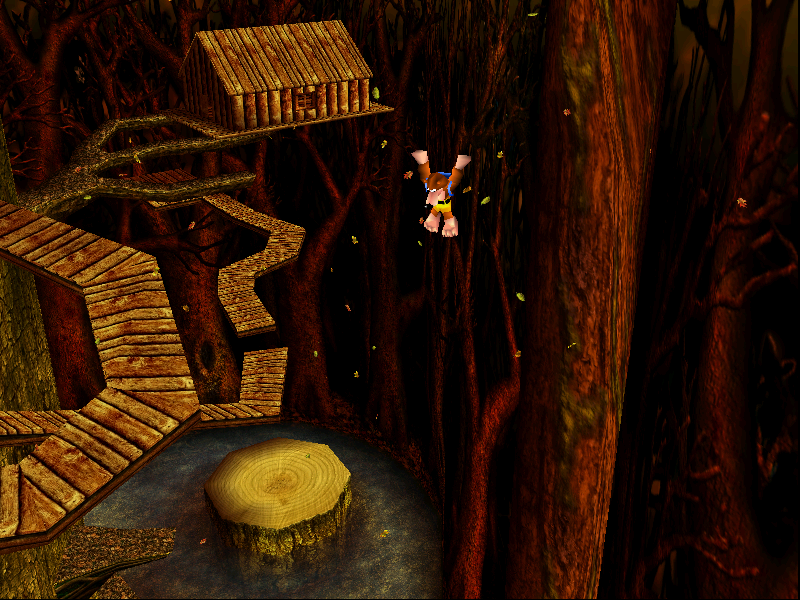 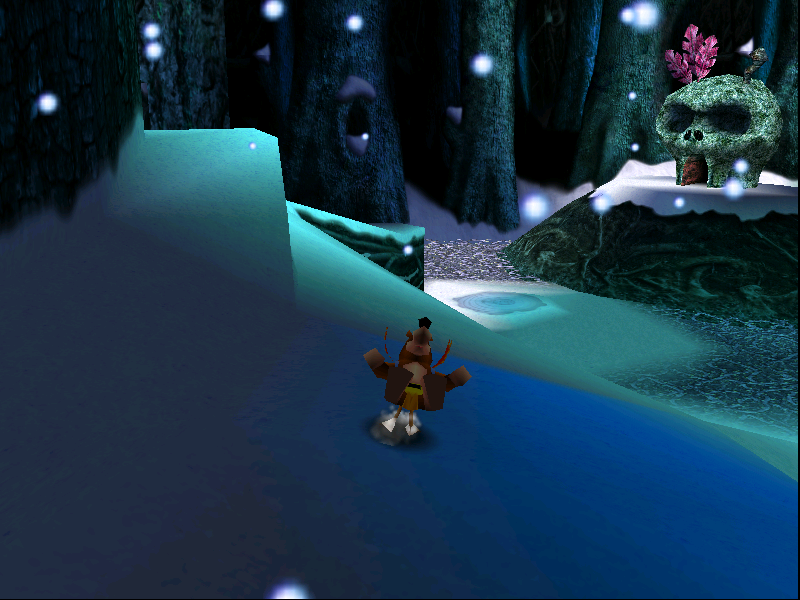 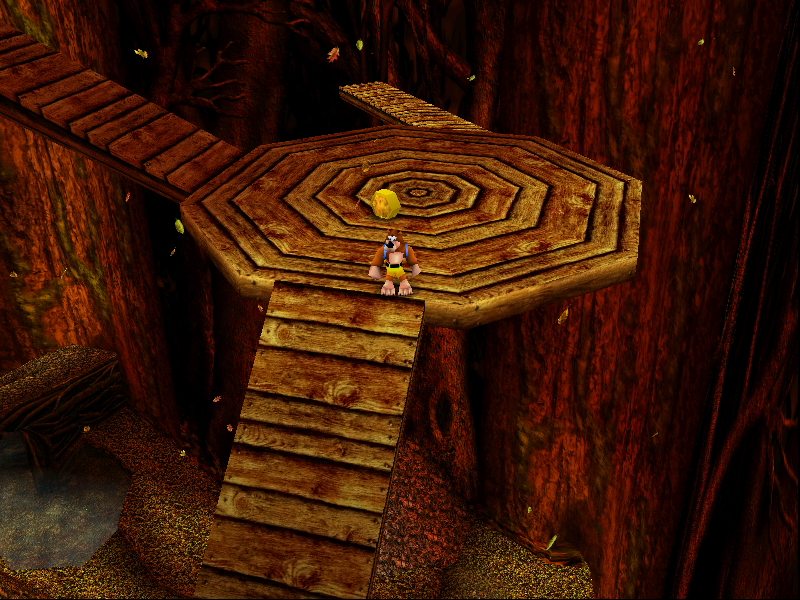 Spoiler:
June 23rd 2018 update:
Summer Update!
Sorry about the delay, I think I cursed myself and all that fun junk, injuring myself the Saturday after my last post and then again a week later, but I'm back with an update. 100% completed Summer, maybe it needs some minor tweaks, let me know.
As far as I'm aware the entire level is done, with all textures placed in the same spot as Loulof's original Spring level, with added Summer specific textures.

Happy to take suggestions on how to improve them For example, I was thinking of making the thorns near Mumbo more dried out looking. I also added some extra textures. One is simply the red Honeycomb from the XBLA version, another is the default jigsaw transition from the XBLA game. I really appreciate Loulof's work but I prefer the original, and in that vein the game over transition has been added as well.
The second bonus is a bit odd, see, I didn't like how the line between the water and ground looked where the textures interact where the pool begins in Spring. Refer to screenshots below.

[SUB]https://imgur.com/KXvegNs.png[/SUB]
​
As you can see on the left, the n64 seems to be grabbing from the middle of the texture, and while it looks great for an underwater bank, I thought I'd fill it with some gravel from the Mumbo base texture so that it isn't as jarring. Let me know if you think it's a good idea.

Anyway, installation is the usual:
Just open the zip and drop the banjo-kazooie folder into the Plugin\GFX\hires_texture\ folder and overwrite where and when it asks.

- If you want the original jigsaw transition, just copy Transitions into your Plugin\GFX\hires_texture\banjo-kazooie and allow to over write
- Same thing with the new pool textures, do the same but with the 27-12-12 folder, and again over write.

So I really didn't enjoy how the top of the textures of the walls of the drained lake looked, with the water it's harder to notice the darkening towards the top, so I edited the lake textures so the colour at least, blends in with the grass under the trees. I may actually edit it further so the grass is zoomed in the same for both sets of textures. Also, there was an issue where black edges of all the petals on the flower were pretty conspicuous, so I edited the petal to be wider.

Let me know if anyone has any issue, I tried to make it so that my file structure mimics the originals, down to the French folder names, so everything can be as simple and drag-and-drop as possible, I hope you all enjoy and please do let me know what you think.

Made a video showing how I'm going about merging/editing textures if anyone was interested. I've also finished Summer completely, bar 3 textures that need to be made for the interior of Gnawty's house. I've also changed the puzzle transition and witch head game over transition to the 360 versions, so I'm thinking about releasing seasons and other bits and pieces piecemeal, which should help with the pace of progress and updates.

So unless something horrendous happens, I should have Summer up within the week for people's perusal and feedback.​
​
5th May 2018
I've already completed 99% of the summer texture placement, literally just looking for spots I've missed and just need to colour change a few textures.
Fall is at about 60% done placement wise, just doing the tree now and going back and cross-referencing with the Spring placement Loulov initially did to make sure the textures are 100% consistent across all seasons.
Barely started winter, trying some textures from Freezeezy peak to get the snow/ground covering right.

Some pictures to show of comparisons of Spring and Summer, and just a note that after literally an hour of trying to figure it out, the bottom of the balcony out front of Nabnuts is the same texture, I think they may just rotate it between seasons.
​
​
Last edited: Jan 31, 2020

Moderator
Seems like this project kicks up about once a year or so, hopefully it reaches completion this time.
F

I didn't want to bump the original thread since nobody had posted in it for over 3 years and this thread on the other hand is fairly high in the WIP section.

I converted the PAL character names (letters, numbers, symbols) to NTSC. I didn't find any dialogue where the brackets are used, but if I do, I'll try to remember to edit this post so that it is fully NTSC. In the text file I have written step by step what textures I have renamed in case anyone is curious. I would also attach a version with Andy Bold (the font used in the XBLA version), though I don't know if it's okay to post XBLA textures.

Filipianosol said:
I didn't want to bump the original thread since nobody had posted in it for over 3 years and this thread on the other hand is fairly high in the WIP section.

I converted the PAL character names (letters, numbers, symbols) to NTSC. I didn't find any dialogue where the brackets are used, but if I do, I'll try to remember to edit this post so that it is fully NTSC. In the text file I have written step by step what textures I have renamed in case anyone is curious. I would also attach a version with Andy Bold (the font used in the XBLA version), though I don't know if it's okay to post XBLA textures.
Click to expand...

Hey, so I'm just now revisiting this project, but thankyou thankyou thankyou, this is a big help, and whilst I might not run with the font, having the file names so I can add the letters without the pain of dumping them is a massive time-saver, so again, thank you.
G

The Mega link is asking for a decryption key to download, I read through the thread and original post but wasn't able to find a key. I hope this is not me being an idiot and missing it.

It's really great you took it upon yourself to finish this, and it looks like you're doing a great job! Loulof himself got surprisingly close to finishing it, but sadly disappeared from the internet and even deleted his youtube channel. I actually hope he's okay. This was the best BK texture pack by far IMO, and one of the most impressive retextures i've ever seen period. Sorry for the bump, I don't often visit this section and didn't realize someone had decided to continue Loulof's work.
OP

Okay, yeah, I had no idea about the decryption thing, have now amended the download button to have a spoiler for the decryption key in it as well, thanks for the heads up.
G

Thank you, I appreciate it! And good luck if you're still working on this.
OP

I am! Currently plugging away at getting good screenshots of the levels so I can make the portraits, but I couldn't find any way to unbind the camera, so I have to first edit Banjo out of everything.
But if you can, let me know how the update goes for you, and if there's any spots I've missed, and thanks for the support
You must log in or register to reply here.
Share:
Facebook Twitter Reddit Pinterest Tumblr WhatsApp Email Share Link
Menu
Log in
Register
Top