About
This pack represents my own vision of how the game could look like on a next gen beast of a console but that's NEVER gonna happen in the near future (i wish the Switch VC version would contain the textures used in the cinematics or promotional renders but i highly doubt it). I hope you can enjoy this gem of a game in 4k and 8k. While the HUD and the fonts will still look decent in 8k HD, the other textures might be too small at only 8x the original size, but maybe i'll revisit the pack in 3 years or so and release an update where everything is at least 16 times the original size.


Configuration
I recommend using 4x HUD if you use an Internal Resolution between 3-5, for anything above use the 8x HUD.2. I recommend using an Ishiiruka Build if you wanna make use of the reworked specular maps that fit the new textures you must use Ishiiruka because the standard Dolphin uses a transparent background (while Ishiiruka uses black background) for single channel textures and it's very difficult or impossible to create the proper maps for the normal Dolphin. If you wanna use the Default Dolphin you'll have to delete the folder called Ishiiruka but the game will load the default specular maps that wont fit some reworked textures...


Crappyrights! (these apply to all of my texture packs)
1. You are free to use any of the files from this pack for your own RETEXTURE project as LONG as it's not for the SAME game (you can use my Super Mario Sunshine textures for your own Super Mario Galaxy or SM64 project but NOT for Super Mario Sunshine), but you'd have to point the link to the DolphinForum/Emutalk thread[/b] of the pack you used the files from (you don't have to say who created them, just link it).
2. You can use the textures for any non Dolphin related project (no matter the game), such as this gem.
3. If you wanna make an Ishiiruka materials update for this pack, similar to formfactor's Super Mario Galaxy material packs, contact me, since i can provide you with flatter textures so you can add depth through the material map (AFAIK there are some issues with materials on SMSS). In this case, you can either upload the material files and the NEW base textures (the flat ones i'll provide or my files that you've edited to flatten our through some detail removing technique) on your own thread but you cannot release the other files in my pack. Basically, your pack will be an update that users should copy over my pack.
4. If you wanna use my projectas a starting point (or use them as PLACEHOLDERS while u build up your project) or wanna take over one of my projects, CONTACT me.

The limitations are meant to keep my packs from being mixed up with subpar quality textures, therefore the limitations do not apply to the people who value quality above all (their textures are way better than my amateurish stuff) such as: CDAMJC, BigHead, Invader, Admentus, Techie Android, , . Check their work to see what i'm talking about.

Download Links for the alpha release: PNG format only
A. Must have
1. Full Pack 980 MB Contains everything: Ingame textures, Mipmaps, 8x Interface - if you wanna use the 4x interface you have to download it from below
2. Update contains 2 fixed textures and their mipmaps + few new ones

B (optional).
4x Interface 28MB
for those who downloaded the pack i released Saturday night (i will remove these links in a few days, so there
How to pick the HUD size based on the Internal Resolution size.
Feel free to experiment and pick your own HUD size to play with, these are my recommendations:[/align]

Screenshots from the alpha release 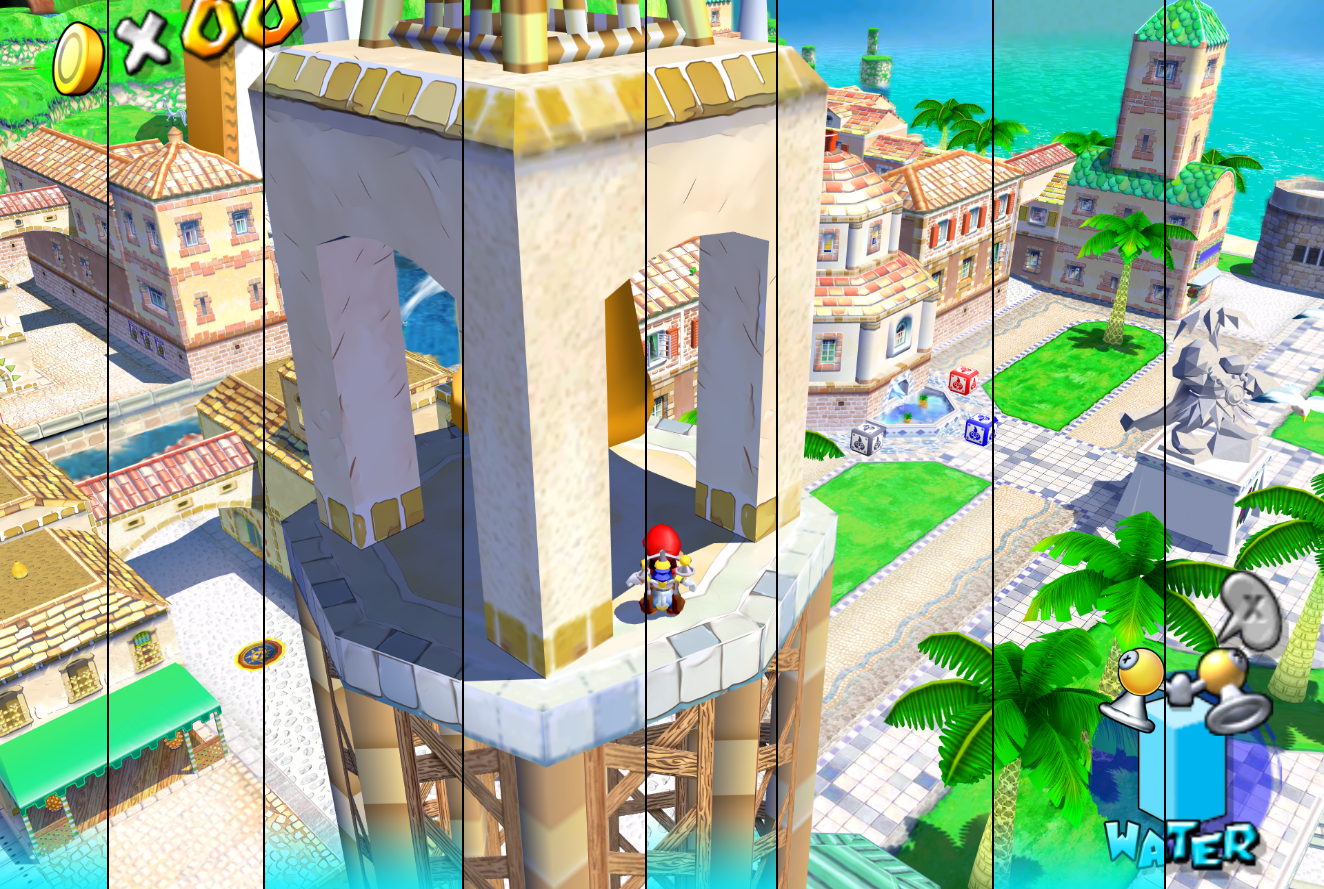 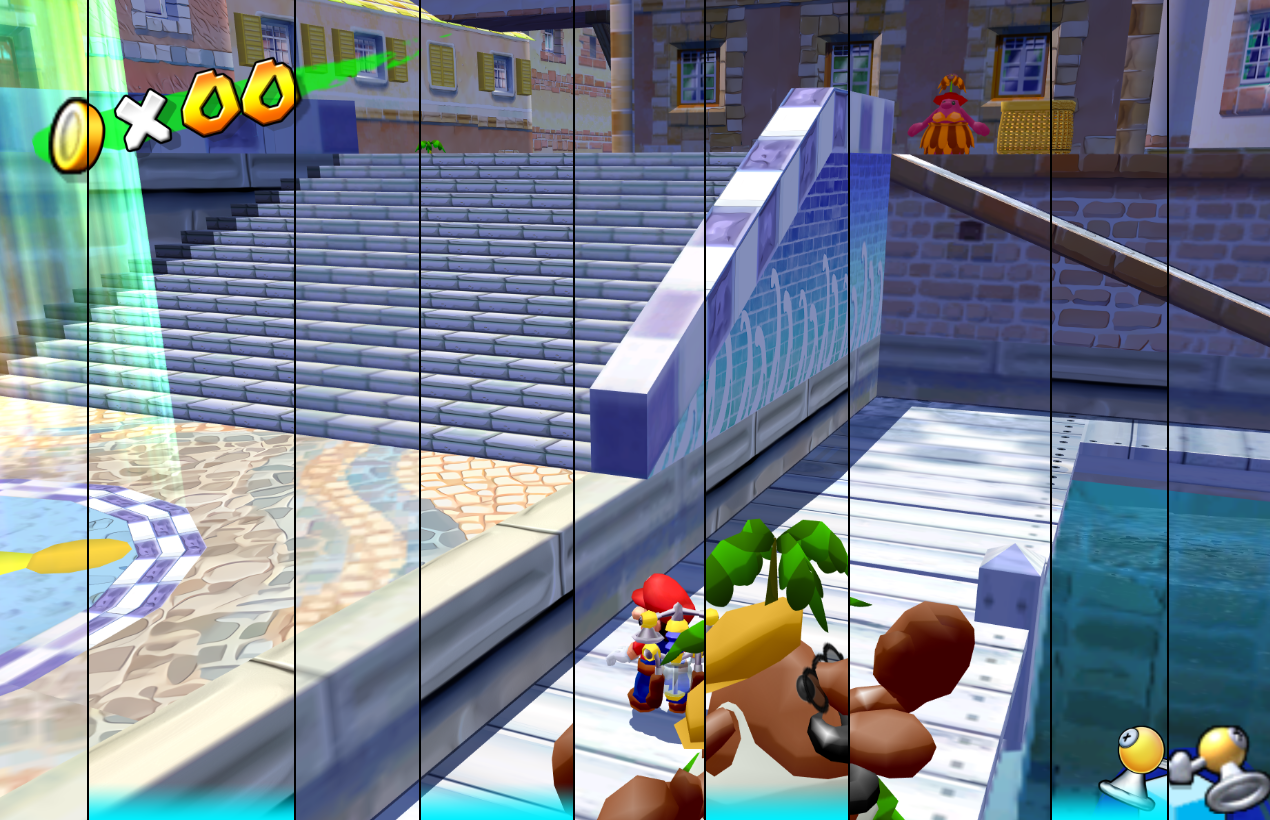 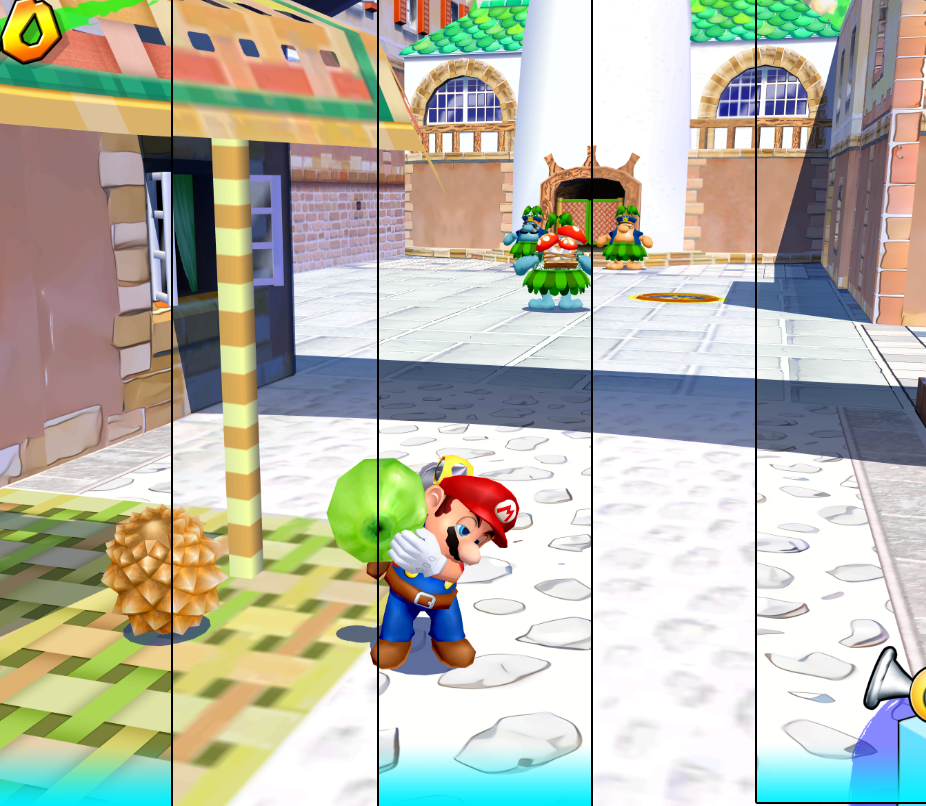 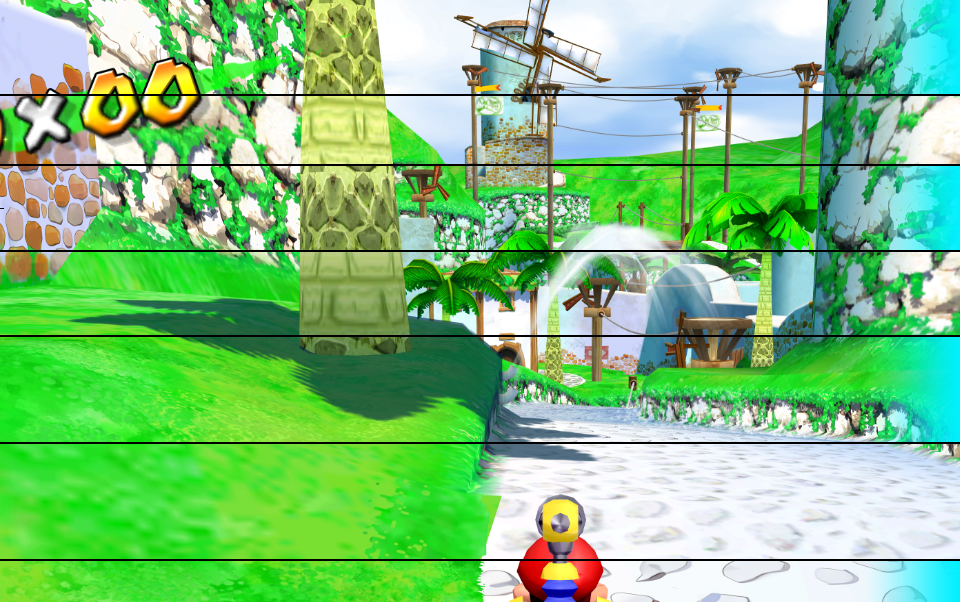 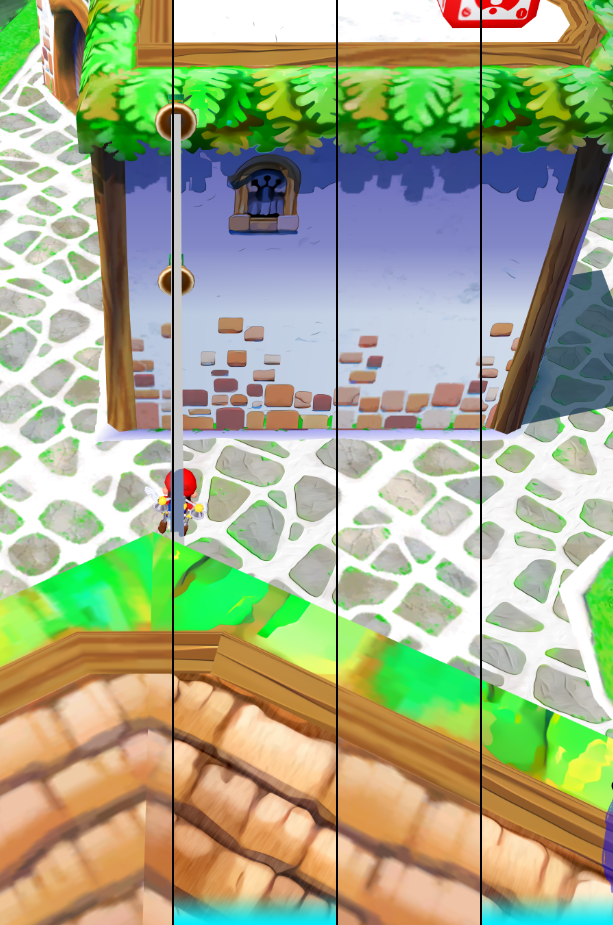 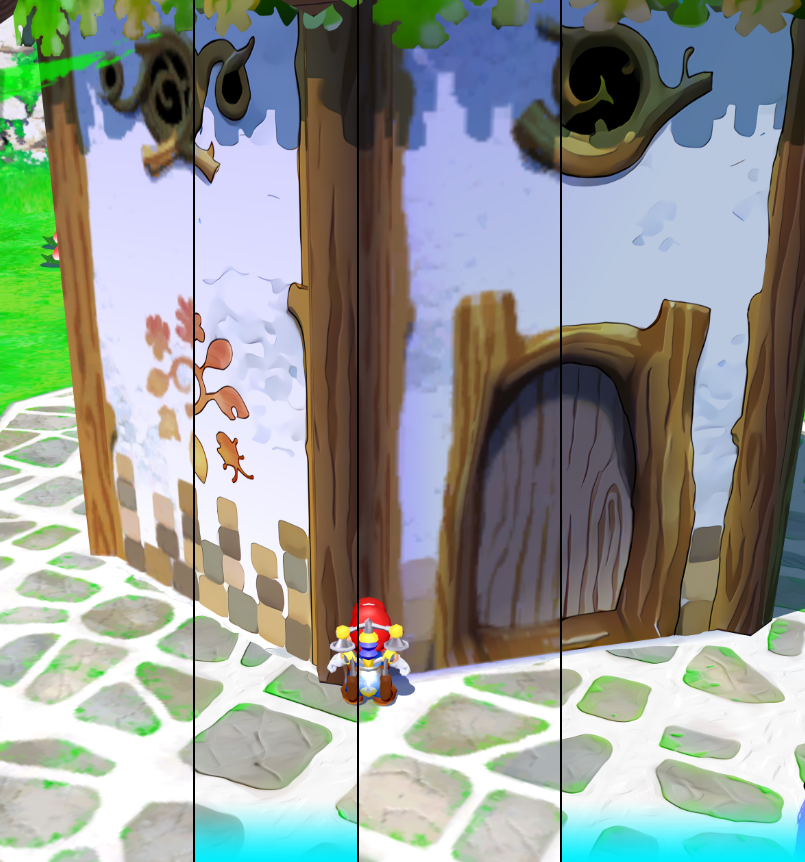 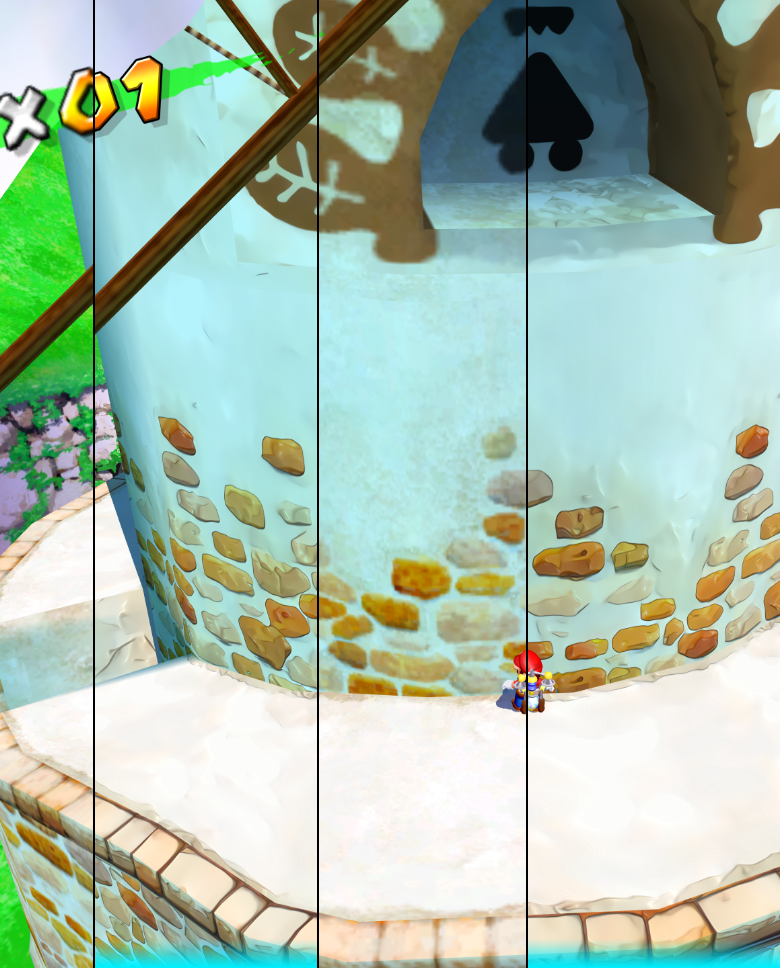 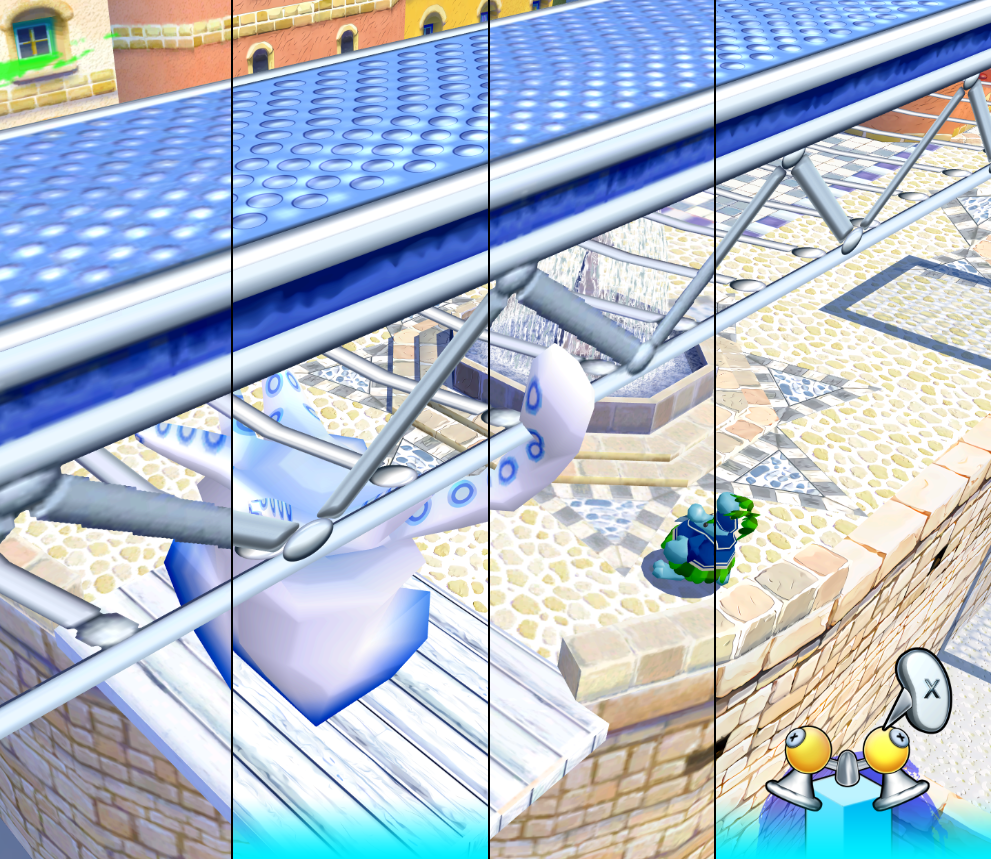 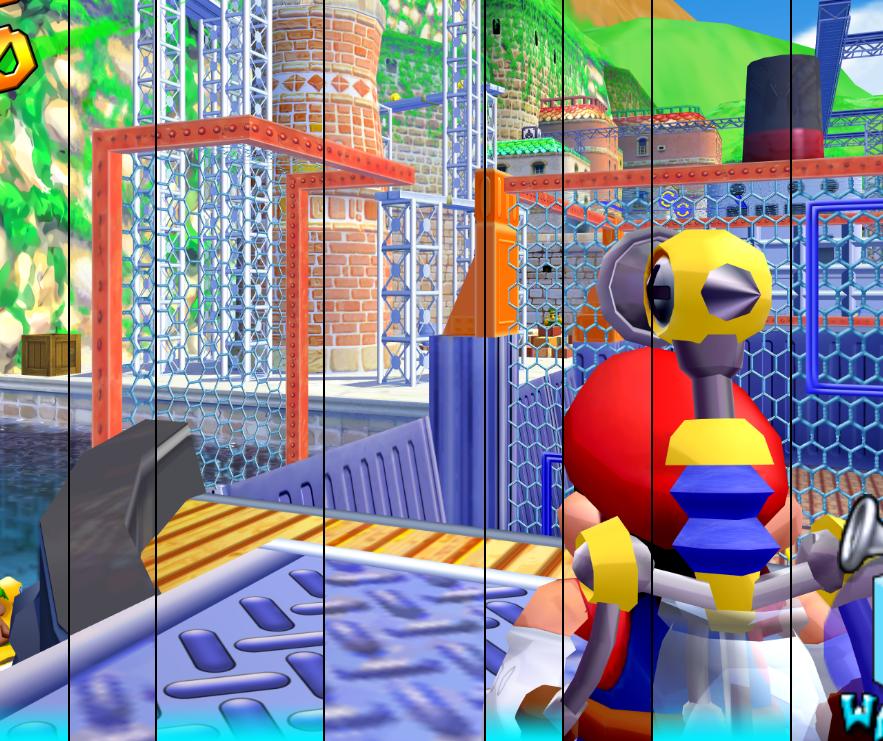 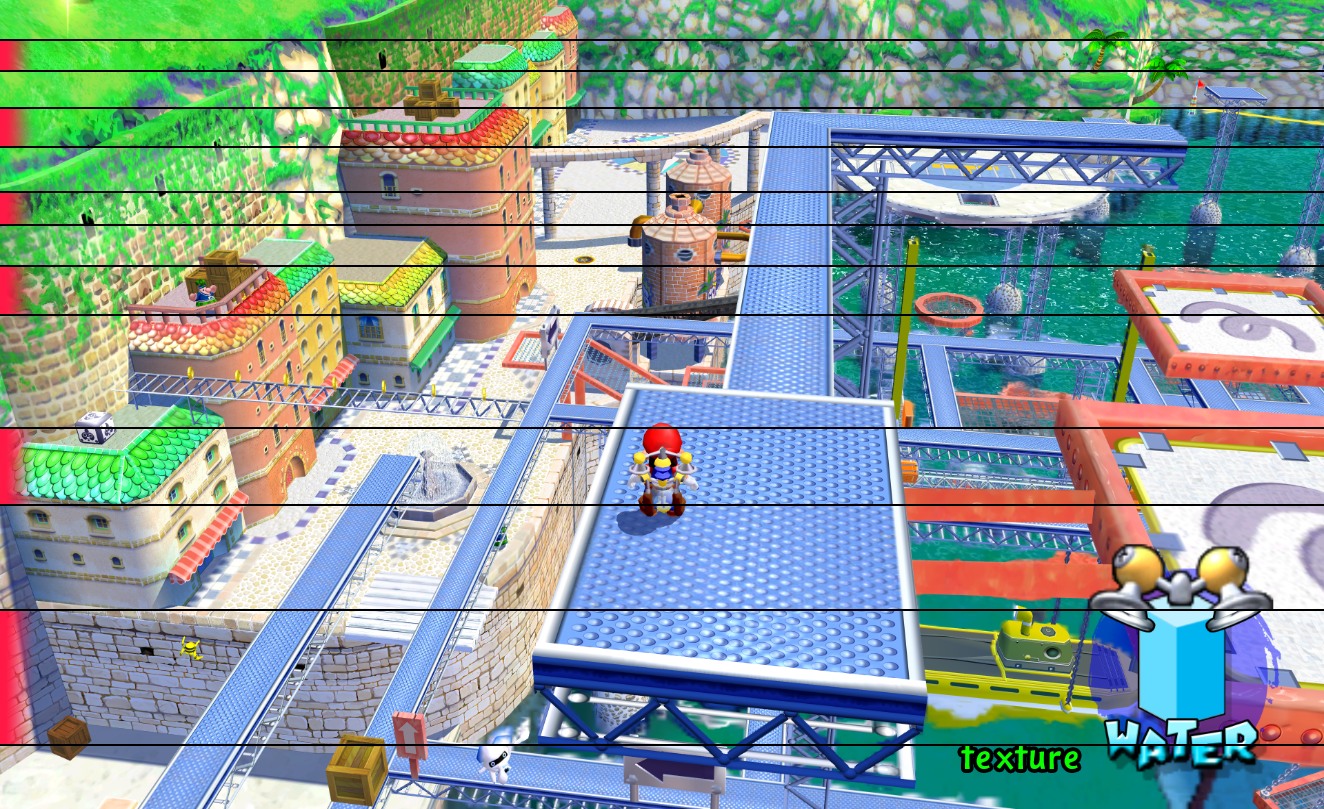 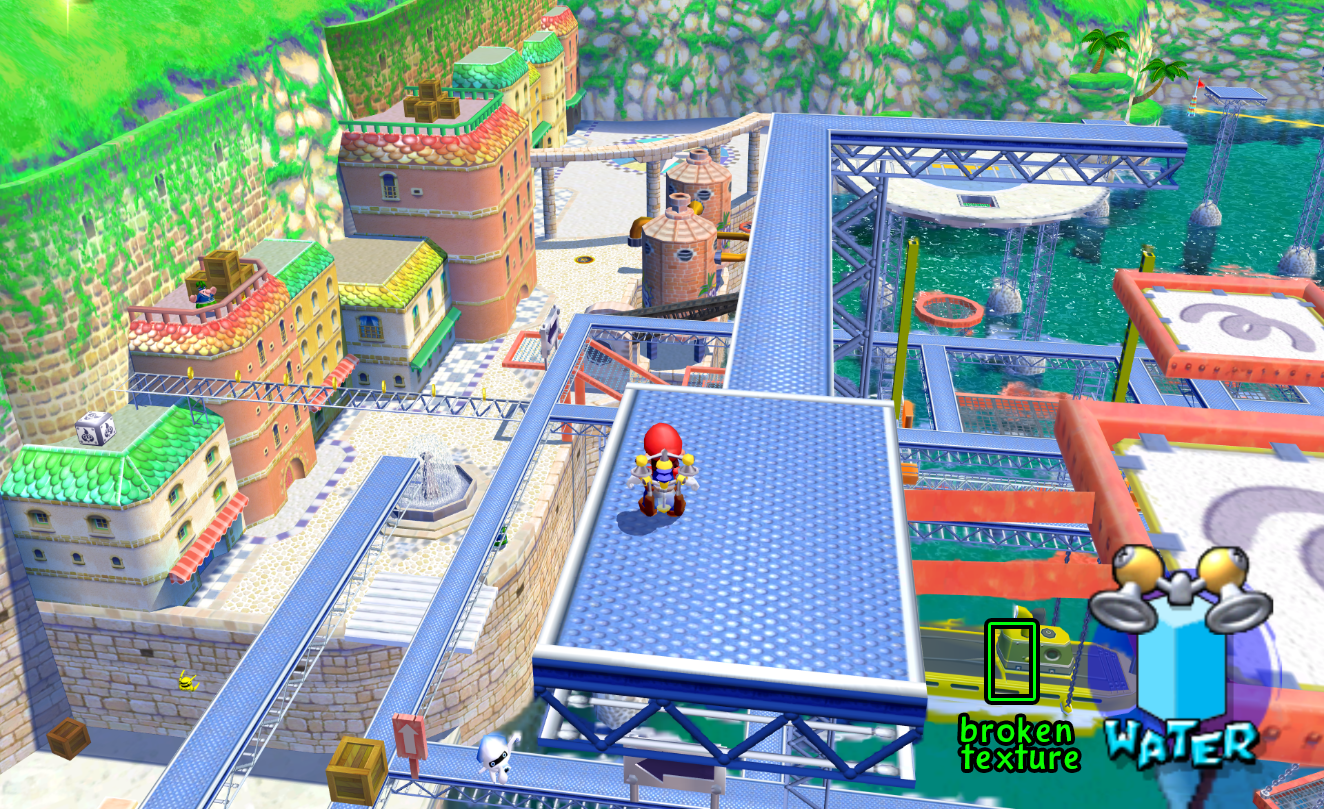 Moderator
Hmmm wait, what textures are failing to load??, if you can give me the names of the textures, if I ever have spare time I might be able to look into this problem for you.
OP

I remember reading about this glitch a few months back in this thread, post 13, but i miss understood (AaronLite solved the issue by disabling native mipmaps but i thought he disabled fast mipmaps, my bad).


However, using fast mipmaps causes some glitch in the water appearance, same as using AA. Tthis topic was discussed in a thread at Dolphin forum but no solution was found, other than not using AA or fast mipmaps. This means if you want your textures to load properly you'll have to get used to the water having some... foam :cheers:​
I don't have much spare time but i'll retexture more than the HUD in this case. Though Dolphin only supports 2040x2048 i'll try to do most textures at 4096x4096.
Last edited: Apr 28, 2012

Moderator
Hmm, would you mind linking me to this dolphin-emu forum topic your talking about?? ANd also you screenshots arent showing up for me so im unable to see whats going wrong.. etc..
From the sounds of it, the game is wanting a already pre-mip-mapped texture when your only providing it with a singular texture. (Reading Aaronlites post)
Last edited: Apr 25, 2012
OP

That's weird because the pictures show up fine for me... it may have something to do with the fact that i remove the attachments from the message after adding them (so they won't appear in the "Attached Files" box as well, as small Thumbnails) but the link is still valid.
Here's the gallery just in case they won't appear in this post either.

Sorry to be a hassle, but could you provide me the original dumped texture, and your replacement texture for one of the textures that are bugging out, I'm going to test it out sometime soon but I'm feeling ab it to lazy to dump it myself XD
OP

This is the first update.
I finally managed to do the nozzle icons, and the texture for the nozzle boxes. I also remade the X button. The first X button design is in this update as well so all you have to do is extract the archive and replace everything in the original.

Since the icons are 8 times the originals, i recommend using the greatest Anti Aliasing and internal resolution value possible (4x native resolution is the greatest available in the latest Dolphin builds).

May the Forth be with you...
A

Never really beat this game. Thought many times about going back. Think
Ill just wait for your version!

Cool project anyway! Wish you all the best and look forward to the progress,
which I will follow!
OP

Finished:
-the textures for the 3 types of palm tree. There's an issue with the bark texture for the second palm type in Bianco Hills (the ones with a blue singing pokey atop)...
-the rocky road/path
-yellow/blue pokeys
-pokey flowers
-floating leaf on the lake
-save block texture for "COPY DATA"
-pianta clothes
-B button
-musical notes
Testing:
-a modified version of the grass texture from sm64 (that's mainly 90% the smg grass texture... i will try a remake at a higher resolution or a mere enhancement with some more abstract shapes).
Last edited: May 11, 2012

Is this still being worked on? It looks amazing, and I'd love to see it finished
F

Sato said:
Is this still being worked on? It looks amazing, and I'd love to see it finished
Click to expand...

That's a shame, it was looking really good. Thanks for answering.
S

Go to the insaneslug's youtube channel or Ty anderson. He is made a texture pack on Mario SUnshine which is brilliant. All the textures are hand painted in fact. He will be releasing it soon. Trust me it is brilliant.
OP

I did not abandon any of the projects (this one, sm64 or the super mario galaxy one) but i've been very busy lately and though i made some progress (esp on super mario galaxy), i haven't finished a whole level but various textures from all around. So until i get around 80% with any of the projects, there's no point in releasing chunks, it's really not a nice experience. I don't just wanna mix in some crappy textures and call it a day.

As i stated before, all textures are at least 8 times their original size and i've heard complains from ppl about the textures being too high and the game stuttering while they're being loaded. Guess by the time the packs will be released, ppl wont find these textures insanely huge.

The pack started at first as a HUD upgrade, it's only later that i decided to retexture more than that. So meanwhile you can enjoy the high quality HUD (including the fonts) for both smss and smg.

I'd appreciate a PM before answering in my name. Or a quote of mine to backup your claim cause who knows, maybe i said somewhere that i'm no longer working on this project but i forgot and for some other reason i keep working on textures in my spare time...
Last edited: Apr 23, 2013
F

Oh, good! I assumed this was abandoned because the last update was in May 2012 and 90% of the time that means the project has been abandoned.
OP

I updated the pack about 2 weeks on the Dolphin thread dedicated to this pack and posted separate links for the EU and NA version.

To what percentage is the project completed?
I would like to archive this pack at Textures.Emulation64.com

How hard would it be to patch the ISO to use with Devolution, any idea?
OP

I've finished the Core Textures: the HUD, the fonts (in all the EU languages), the particles (those worth retexturing) and the important textures (for mario, fludd, palm trees). So these Core Textures are complete, thus at version 1.0 (actually i have to retexture the clouds as well... just remembered)

The pack also contains some world textures (walls, wood crates, sand) that represent about 10% of all the world textures in SMSS. I dont think i'll retexture more world texture because i'm really busy in real life. However the Core pack is actually more than enough to make the game a totally enjoyable experience when running it at insane resolutions above 1080p.

Atm im fixing the Super Paper Mario HUD then i'll take a look at SMSS in order to enhance the clouds and see what else i can fix. When i'll be done (probably this weekend or on monday), I'll split the Core Textures from the World Textures. You can archive the version i'll release in a few days.

I have no idea how much it would take to patch the ISO but if you do, then the HUD should be reduced about 4 times. Atm the HUD elements are 8 times bigger than the original gamecube ones and unless you use resolutions of at least 1080p, the HUD will look pretty crappy when scaled down.