Banjo-Kazooie is my favorite N64 Game so I decided to start tackling this game with the help of upscaling and all of the xbla textures dumped. Thanks to Nikachu I had almost all of the games textures by just downloading her complete Texture Pack so I didn't have to run around a lot to get all of the textures dumped xc. But yea the RareWitchProject uploaded all of the xbla textures a very long time ago but they did a mishap and called it an texture pack but it's clearly not most people just wonder how on earth they could use those textures in retroarch/mupen/projec64.

The only thing they apparently "changed" is just 2x of the n64 textures which makes me think that they used the same sprites they did on the n64 but they used the original textures they drew without downscaling it. And for upscaling it's much better with a 64x64 texture then with a 32 by 32 picture (I tried upscaling those n64 textures and believe me it's not pretty) So far I have spiral mountain almost done and banjo's house. I underestimated the time it would take to do this so I'm shocked that this probably takes a couple of months xc thought I would be done with upscaling in a couple of weeks but oh well xd

I'm calling this the XBLA64 Texture Pack cause of obvious reasons, I guess xd? Might rename this at a later point ^~^

I'm actually using waifu2x for upscaling and I think it makes it really beautiful cause the art style just works with it <3 so yea I won't upload those textures for now (since it's just the first 10 mins of the game) but here are some Screenshots: 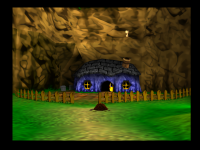 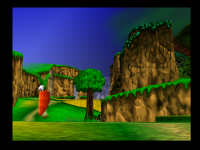 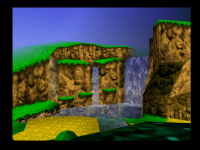 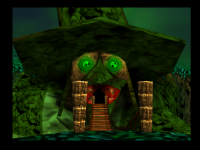 Hi! Thanks working on this.

Do you have any idea how that other guy dumped the xbox textures? Theres a few textures Ive remade 5 times for Perfect Dark Forever which I just can't get looking nice with how much they tile, and the xbox one I could just use as a baseline.

Also, as someone who has been using waifu2x gui for awhile, I recommend try out different methods, and mixing them with Lch lightness/Lch colour in gimp.
I find that certain ones work better for different materials, such as real sr on rock or real esrgan in real life or anime modes to get a good mix of results
You must log in or register to reply here.
Share:
Facebook Twitter Reddit Pinterest Tumblr WhatsApp Email Share Link
Menu
Log in
Register
Top